We went from the Netherlands to Australia and got a chance to talk to filmmaker Philip Watts who’s film “Bless You” will be playing on November 2nd at the Surrey International Film Festival. Check out our short interview below!

Hello Philip! Tell us a bit about yourself, where are you from, and how did you get involved in filmmaking?
I am based in Melbourne, Australia. My primary work is as an editor of drama television series. I have also edited a lot of kids’ television.

I created my first animated films in my teens, using a super 8 camera and blobs of Plasticine, with a coffee table as the stage. After finishing high school I studied at Swinburne Film School (now VCA School of Film and Television) in the 1980s. I completed the three year film course, but I was always intrigued with what was happening on the floors below in the animation department.

Since the early 1990s I have been producing animated motion graphics for the television industry. I have also worked as a freelance cartoonist on a few occasions, and now I have combined these two interests and returned to making my own animated short films.

Your film is screening this year at the Surrey International Film Festival, can you tell us a bit about it, what inspired you?
I had seen a lot of tilt shift videos, and while I found them beautiful to watch I ultimately found them a bit boring, because there was no narrative. So I was thinking, what’s the dramatic reason for making a large city look like a tiny model? I was also looking for an excuse for a bit of a homage to one of my favourite films, the 1933 version of King Kong.

Have you ever been to Canada?
Only to Toronto, back in the 90’s. And I felt very much at home there. It reminded me of Melbourne in a few ways.

What do you think about the Surrey International Film Festival so far?
It looks like a great festival and I wish I could be there! It’s good to have a festival that mixes student and professional works, and it’s nice to see the festival involved in running workshops too. Thanks for letting me be part of your festival!

Last question for you Philip, what’s your favorite movie of all time?
Well, King Kong is a definite favourite. And I grew up with the Star Wars (A New Hope) generation, so that was a strong influence on me, and propelled me into this line of work. My favourite animated film is a Canadian short film from 1985 called The Big Snit, by Richard Condie. 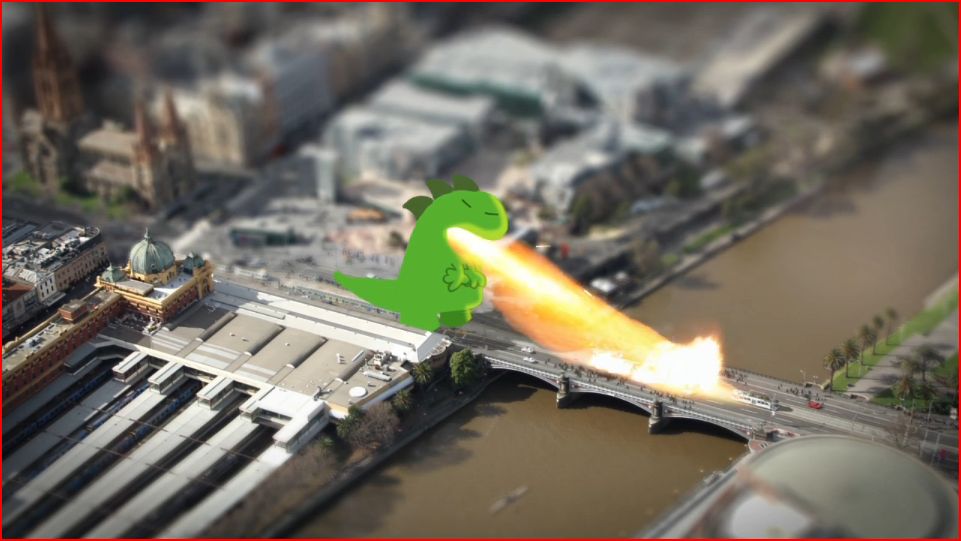 Still from Philip Watts’ “Bless You”

Interview with “Little Freak” Director Edwin Schaap
And that’s a wrap! Another great year of films!