Joshua is an accomplished director, writer and producer. An MTV Movie Award winner, he has worked with a number of high profile producers, including CSI: creator Anthony E. Zuiker. Calling him the “best kept secret in Hollywood,” Zuiker turned to Joshua to oversee several of his high-profile digital projects, including producing Cybergeddon the online global motion picture event for Yahoo!. In addition, Joshua wrote/directed/produced all of Cybergeddon’s narrative ancillary content for the immersive website.

Joshua was a producer for the Anthony E. Zuiker Presents series on the BlackBoxTV YouTube channel. He was a key player in Zuiker’s digi-novel series Level 26, writing, directing, and producing the cyber-bridges for the final installment in the trilogy, Dark Revelations.

Most recently, Joshua directed his award-winning short film Dig, starring Mark Margolis of Breaking Bad; eight episodes of Welcome to Sanditon, the new series from the creators of The Lizzie Bennet Diaries; Furrocious, a webseries for Discovery Channel Online and his debut feature film Layover, a French language film set in Los Angeles.

This will be the LAYOVER’s Western Canadian premiere. After the screening, Joshua will then be leading an open discussion on the movement of independent filmmaking and his experiences working as a filmmaker in Hollywood. His short film “Dig” will screen on November 1st at the Surrey Arts Centre, Studio Theatre.

LAYOVER (Western Canadian Premiere – November 14 at SIFF – City Hall Chamber Theatres)
Dir. Joshua Caldwell
Cast: Nathalie Fay (The Hangover, Due Date), Karl E. Landler
Simone, a young, Parisian’s connecting flight to Singapore is cancelled and she is forced to spend the night in Los Angeles. After contacting an old friend, she heads out for a night of fun only to wind up ditched at a random club. With the help of a handsome and mysterious motorcyclist, she finds her way through the LA night-life of after-parties, beautiful people and endless lights. Will she make her connection?

For more details on tickets for both events, please check back on the website after October 17th. 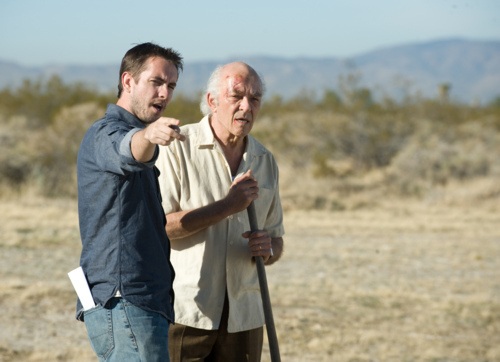